All for one? – 50 years of municipal reorganisation in Aachen 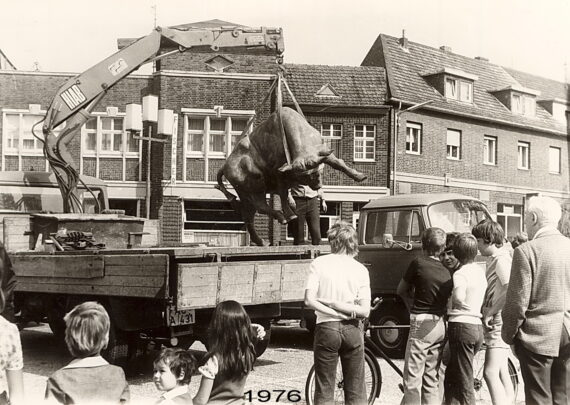 The year 2022 marks the 50th anniversary of the so-called Aachen Act which came into force on 1 January 1972. As a result of this territorial reorganisation, Aachen not only tripled its area, but also gained around 63,000 inhabitants. The formerly independent communities of Brand, Eilendorf, Haaren, Kornelimünster, Laurensberg, Richterich and Walheim became new districts of the city of Aachen. The so-called ‘municipal reorganisation’ of 1972 was nothing completely new, but took place on an unprecedented scale. As early as 1897, the town of Burtscheid was merged with the city of Aachen, followed in 1906 by the incorporation of the municipality of Forst. The exhibition will present the diverse backgrounds and effects of the reorganisation as well as the different perspectives of the city, the municipalities and the citizens. The focus will be on the seven incorporated towns with their respective historical developments, their similarities and differences. “Hard” aspects such as urban and economic development and “soft” aspects such as the shaking of the people’s sense of belonging in the incorporated places will be equally addressed.
On display are documents of various kinds, plans and maps, photographic and film material as well as three-dimensional exhibits such as association flags, furnishings from the old community halls and models of historical buildings. Infographics and maps clearly explain the most important aspects, and there are also media stations with interviews with contemporary witnesses from politics and administration who talk about their personal experiences.

The exhibition has been created in close cooperation with the local history societies of the incorporated villages. The exhibition is purely in German.