Newly discovered: Extremely rare carolingian denarius is now on display at the Centre Charlemagne on display 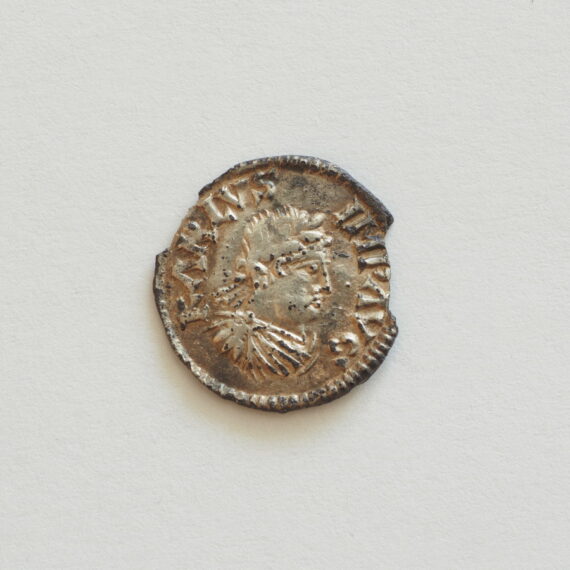 The sensation has a diameter of 19 millimetres and weighs a full 1.51 grams. It is made of silver and shows the only authentic, contemporary portrait of Charlemagne. There are only about 50 surviving examples of this silver coin, a special minting of the Charlemagne denarius, in the world. One of them has now been rediscovered in a private collection in Aachen and is on display at the Centre Charlemagne. Another special feature: Research has attributed the piece to an “Aachen mint”.
The Charlemagne denarius was probably created between the coronation of Louis the Pious as co-emperor in September 813 and the death of Charlemagne in January 814. The short period of time explains why so few of these examples have survived. The series of portrait denarii of Louis the Pious, which presumably also began in September 813, is documented in far more copies.
The Aachen portrait denarius shows on the obverse, in addition to the imperial titulature “Karlus Imp Aug”, a bust of Charles in antique garb. On the reverse is a depiction of a temple with a cross and the motto “Christiana religio”.