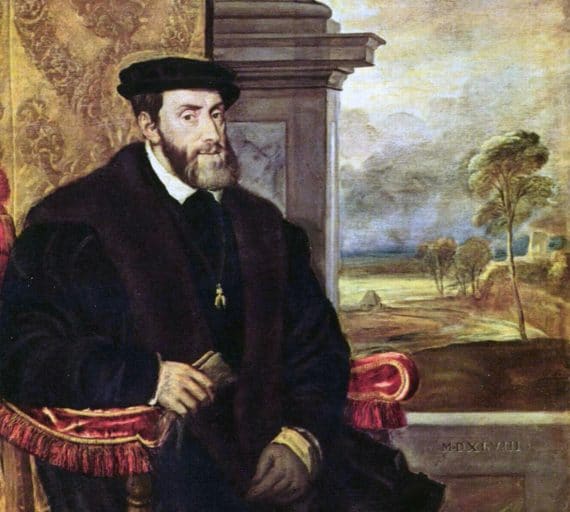 The Purchased Emperor – Charles V’s Coronation and a Changing World

In 1520, two important historical figures journeyed to Aachen: Charles V, who was to be ceremonially crowned in Aachen Cathedral; and Albrecht Dürer, one of the greatest artists of his time. Dürer wanted to persuade the freshly crowned monarch to renew the privileges the artist had forfeited on the death of  Emperor Maximilian I.

On 7th October 2020, 500 years to the day since Albrecht Dürer’s arrival in Aachen, a triad of exhibitions will celebrate that historic event.

23rd October 1520: Charles V is crowned King of Germany in Aachen Cathedral – like more than 30 other German monarchs in the period from 931 to 1531. The “Autumn of the Middle Ages” is radiant in a final blaze of glory, full of pomp and splendour. But the ascent of Charles V to the office of most powerful ruler in the world – as successor to “The Last Knight”, Maximilian I –
marks the beginning of an era of upheaval, of progressive disintegration of the facade of a
universe previously deemed unshakeable.

Even his election by the Electoral Princes is anything but plain sailing. It is only through a hitherto
unparalleled campaign of bribery – financed primarily by Jakob Fugger – that Charles manages
to boot out his rival, Francis I, King of France, and secure the German crown for himself –
along with his confirmation as Holy Roman Emperor Elect. (Admittedly, he would only actually
be ceremonially crowned as such by Pope Clement VII in 1530 in Bologna.)

In its exhibition “The Purchased Emperor – Charles V’s Coronation and a Changing World”, the
Centre Charlemagne will focus on the Aachen coronation of Charles V as King.