The Struggle for the True Faith 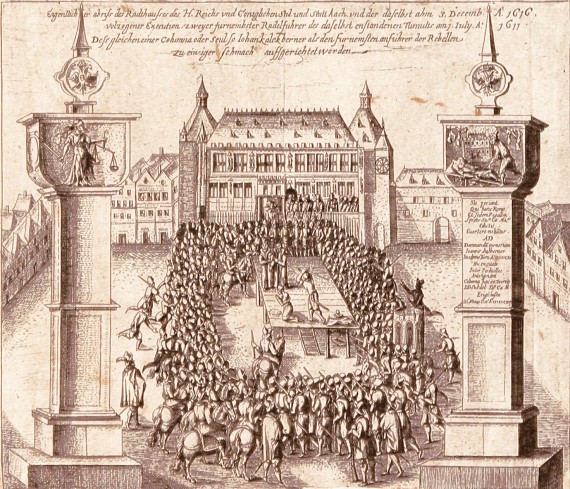 On a bright spring day in 1762, a Catholic lady, incited by her parish priest, attempted to kidnap her brother’s son during the young boy’s baptism at the German reformed church in the town of Vaals to have him baptised at the Catholic church next door instead…

Incidents like this one happened around Aachen after the Reformation, too – sometimes with the most tragic of outcomes.

The ‘Third Way‘
Aachen was however different from other regions where the Reformation found a foothold in the way it handled this movement: In a unique and remarkable move, the city chose what is known as the ‘Third Way‘ among the different denominations. The ‘Third Way‘ refers to the struggle for religious tolerance and the right for Catholics, Lutherans and Calvinists to practice their religion freely. Owing to this, people in the Euregio lived together relatively peacefully and as equals, which ultimately prevented local Christians from being forced to subscribe to one single unitary denomination.

‘The Struggle for the True Faith – Reformation and Confessionalisation in the Meuse-Rhine Region’ traces the ‘Third Way’ to demonstrate how the three large Christian denominations negotiated life as one community in the Euregio.

To complement this:
Couven Museum of Aachen
Gold and Silver from the monasteries in the tri-border region (Gold und Silber aus Klöstern des Dreiländerecks)
Pious Donations from Bourgeoisie and Nobility