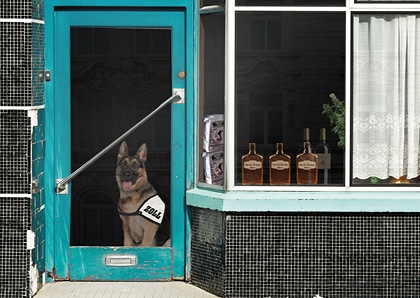 Smugglers operate across all borders in the world. This exhibition remembers countless instances of smuggling activity but also daily life in the border areas of the Selfkant, South Limburg, East Belgium and the Eifel region. The exhibition focuses on coffee smuggling in the post-war era as well as illegal drug trafficking since the 1960s. And we have set our sights on everyone involved: smugglers, customs officials and customs dogs. Besides those who turned to smuggling out of sheer desperation, highly professionalised gangs were engaged in smuggling as well. John Doe or pro – all of them took extreme risks. Violent clashes – some fatal – were not uncommon.

The exhibition is supported by the Landschaftsverband Rheinland and was curated by Myriam Kroll and Dr Thomas Müller. An exhibition catalogue has been published.